BOOM! All this time we've been talking about releasing Bullion on consoles and then suddenly not only are we releasing on PC as well, but we drop a demo! 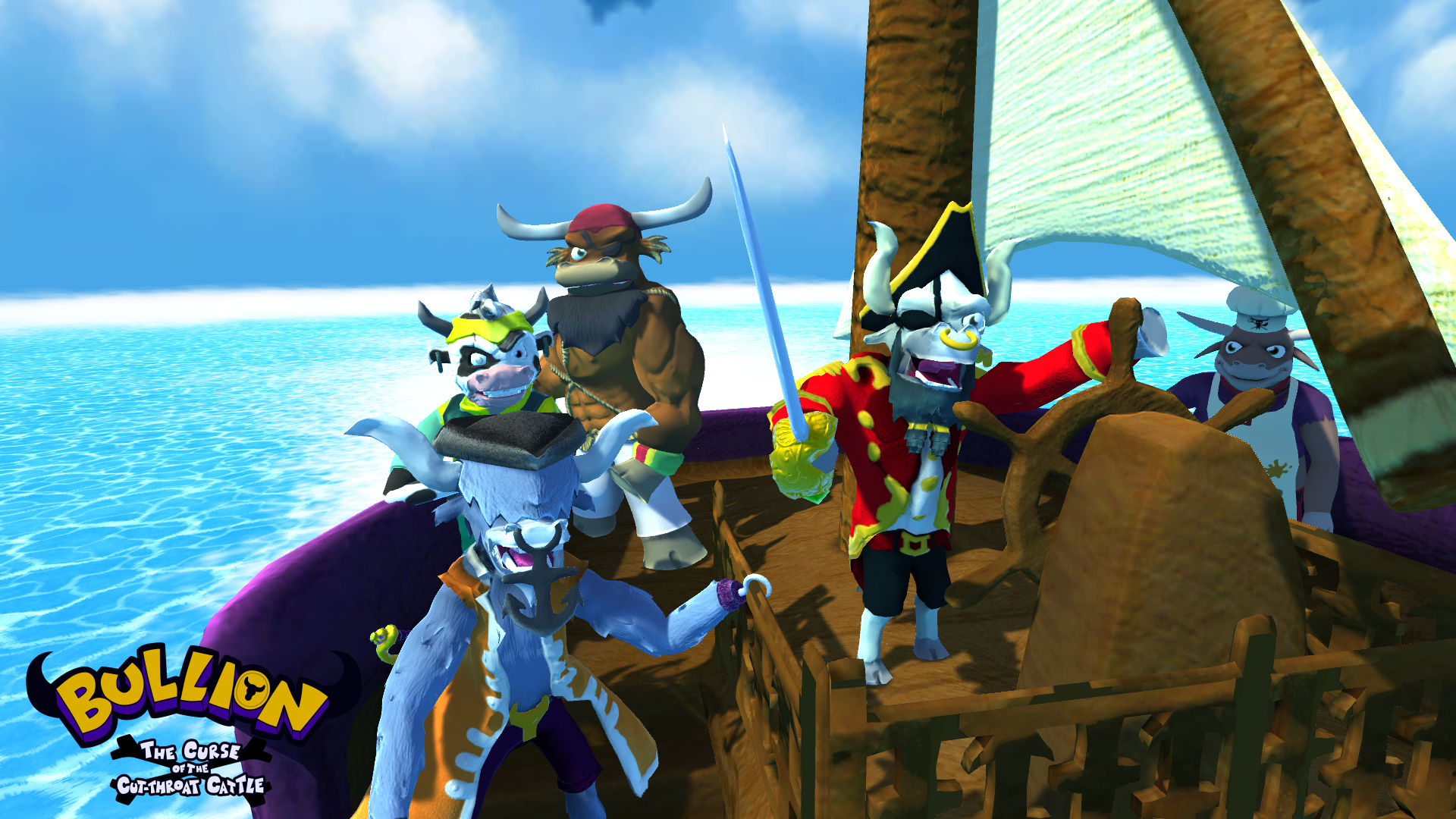 To be honest, the decision was fuelled (as so many have been since we started developing Bullion) by public feedback: we've had an alpha version for a while now that we've been taking to expos and - quite surprisingly - we found that quite a few of our players wanted a local multiplayer on the PC... who would have thought?

So here is be, in all it's bovine piratey glory! Of course, it's only got a small selection of the content that we're looking at in the full game, but this should be plenty to get started on... just remember to drop by our Discord after playing and let us know what you think!

Get Bullion - The Curse of the Cut-Throat Cattle (Demo)

Bullion - The Curse of the Cut-Throat Cattle (Demo)

A local multi-player game of fighting, looting and bovine piracy!